Ancestral peoples believed that the land itself contained deep wisdom that could be accessed and passed on by respectful, attentive human beings. My own experience is that today the land, creatures, and plants, as well as the spiritual beings of Nature, are more interested than ever in communicating with us if we slow down and listen. I’m working on perfecting my listening skills, and I hope you are too!

Back in the 1990s I participated in a weekly psycho-spiritual therapy group. During one session, while sobbing in despair about all the human assaults on the natural world, I let it slip that I considered grizzly bears to be at least as important and deserving as human beings, if not more so. This didn’t seem to be an unwarranted opinion: at that time, there were about 55,000 wild grizzly bears in the world, and over 5 billion human beings. But I was confronted for being in my “lower self,” and the group leader said that I would need to “work on” this belief if I wanted to progress spiritually. At the time, I was so wrung out that I acquiesced in this perspective, but I’ve always regretted that moment when I assented to something I knew was fundamentally untrue. END_OF_DOCUMENT_TOKEN_TO_BE_REPLACED

Early June this year. I’m on the far northern California coast, carefully negotiating a steep, rocky path down to the ocean. To my right is the Klamath River and its delta. As I descend to the beach, my goal is visible—a large sea lion colony on a wide sandbar where the river meets the sea. Scores of huge adults are basking on the sand, while young ones clumsily flop around at the water’s edge. At the seaward end of the sandbar, a continuous parade of the ungainly animals slides in and out of the ocean. Once they start swimming, these creatures become graceful, relentless predators. The salmon are running, and the sea lions are efficiently grabbing them and gulping them down. A huge, sleek male swims parallel to the shore just 10 feet from me, his enormous head periodically popping out of the water as he snuffles and gargles. I’m close enough to see traces of fish blood in his whiskers. END_OF_DOCUMENT_TOKEN_TO_BE_REPLACED

Many people see our current ecological crisis as also a spiritual crisis for humanity. While I wholeheartedly agree, I’m coming to understand that our eco-spiritual conversations often overlook something important. We need to meet, up front, our beliefs about the Underworld—the mysterious physical and spiritual domain under our feet, extending into the body of the planet, all the way to the center of the Earth.

Our indigenous ancestors considered the Underworld to be an important spiritual realm, along with the Middle World or Day World, and the Upperworld. The Underworld was known to be the home of powerful forces, beings, and deities, both material and spiritual. Ancestral people honored and co-created with these Underworld energies, thus supporting balance and wholeness in the land and all its inhabitants. END_OF_DOCUMENT_TOKEN_TO_BE_REPLACED

When I was 9 or 10, my dad and I often played spirited games of poker in the evening. We enlivened most games by letting the dealer declare certain cards to be “wild cards.” If you got a wild card, you could assign it to be any card that would improve your hand. My dad’s favorite wild cards were “deuces, one-eyed jacks and one-eyed kings.” I still remember the thrill of drawing one or more of those magically-endowed cards.

The term “wild card” typically implies something unanticipated and unpredictable, with the potential for surprising results, either positive or negative. Since the onset of agriculture 10,000 years ago, humanity has increasingly become the wild card of our planet’s living systems, in the most negative ways possible. END_OF_DOCUMENT_TOKEN_TO_BE_REPLACED

On a recent winter’s day, I watched a ruby-crowned kinglet take a bath in an icy stream.

The stream was almost totally frozen over, but beneath the overhanging branches of a spruce tree, the water formed a small, ice-fringed pool. I caught sight of the kinglet—a diminutive olive-green bird with barred black wings and a bold white eye-ring—flitting around in the tree. As I watched, it flew down and entered the water, bouncing and flicking its wings up and down, and shaking and splashing its petite feathered body until it was wet all over. END_OF_DOCUMENT_TOKEN_TO_BE_REPLACED 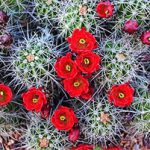 “One of the penalties of an ecological education is to live alone in a world of wounds.” --Aldo Leopold, A Sand County Almanac, 1945. A few weeks ago, I began hearing chain saws across … END_OF_DOCUMENT_TOKEN_TO_BE_REPLACED

Hello, friends of Gaia! Climate scientist James Lovelock, the central developer of the Gaia hypothesis back in the 1970s, died last week at 103 years old. An obituary in The Guardian states: “He … END_OF_DOCUMENT_TOKEN_TO_BE_REPLACED 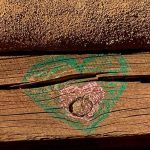 When I was about 9 years old, another girl and I were discussing what our favorite color was. My little friend, in a burst of childish patriotism, dramatically declaimed that her favorite colors were … END_OF_DOCUMENT_TOKEN_TO_BE_REPLACED

I’ve been told that the Dineh people of the desert southwest describe someone who has gotten grievously off-track in his life and behavior by saying: “He’s acting like he doesn’t have any … END_OF_DOCUMENT_TOKEN_TO_BE_REPLACED 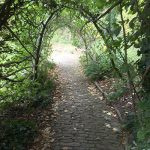 After writing Gaia’s Blog for over a year, I’m circling back to the most central questions: Who is Gaia? How can we understand and unite with Her as fully as possible? In mythology, “Gaia” … END_OF_DOCUMENT_TOKEN_TO_BE_REPLACED