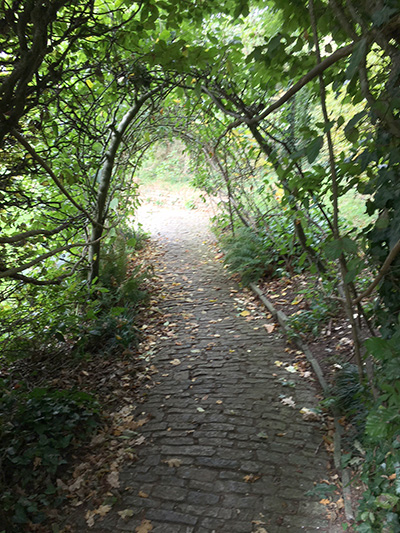 After writing Gaia’s Blog for over a year, I’m circling back to the most central questions: Who is Gaia? How can we understand and unite with Her as fully as possible?

In mythology, “Gaia” typically refers to the Goddess of the Earth, the ancestral Mother. Indeed, another way to refer to Gaia might be as Mother Earth, the entirety of the physical planet—the waters and forests and prairies, and more fine-grained manifestations like the plants and animals.

To the visionary scientists who developed the Gaia Hypothesis 50 years ago, “Gaia” means the total, measurable physical/chemical/biological level of the planet, which, they proposed, is an intelligent, self-regulating system perpetually seeking homeostasis—even, or especially, in response to the ongoing breakdown of the biosphere.

For me, the reality of Gaia has become ever deeper and more expansive. I conceive of Gaia as an intelligent, purposive planetary being that is both physical and spiritual; that has existed since our planet was born of star matter billions of years ago, and also exists right now, within the infinite, vital Eternal Present.

Gaia is Creatrix and Creation. She is both the life web and the weaver of that web. As such, She reflects and synergizes all of life’s Mysteries, from birth to death to rebirth.

Gaia embodies and mediates regeneration, transformation and renewal. In this sense, She is a force—a Green Force—“the force that through the green fuse drives the flower,” as Dylan Thomas so aptly put it.

Gaia is also a field—a resonant, interactive field that includes all life, from the microscopic to the most immense, from the ephemeral to the most enduring. Within this field, all beings are continuously bestowing and receiving, rising and falling away, giving birth and surrendering to death.

And this field includes you and me. When we realize this, we understand that we and all manifestations of Nature are part of something larger and wiser. Within Gaia’s field, we are supported to be authentically ourselves and to express our full greatness. We dwell in graceful communion with all beings, neither more nor less deserving than any of them.

It’s important to remember that Gaia is more than physical. She also encompasses the multitudes of spiritual beings linked with all material life on Earth. Known by many names in various different cultures—Faeries, Djinns, Kachinas, Orishas—these beings have always been intertwined with Gaia’s abundant living world. And they are intertwined with our human-supremacist world today, despite all the rigid, suppressive religious and political doctrines that have come to dominate human thought and belief almost everywhere. When, with humble persistence and attentive curiosity, we seek to honor and ally with the beings of Nature where we live, we join and participate in Gaia’s flow toward equanimity, balance and mutual thriving.

Gaia lives and reigns in all dimensions of Creation. In the Celtic and Western Faery and magical tradition that I am part of, we speak of the Green World. The Green World intersects both our current, degraded, struggling biosphere, and the co-existent primal, unspoiled world where the Faeries and other Otherworld beings live. The power of the Green World is evident even here, in everyday human-dominated reality, where flowers routinely push up through asphalt roadways, and coyotes howl and yip nightly even in the largest cities. The Green World’s potency also powers us, through Gaia’s invincible creativity, which springs from the very stars from which all life on Earth is made.

When we speak of Gaia today, we must inevitably face the ongoing destruction of Nature at the hands of humanity. Gaia must become central to how we meet our tragically collapsing natural world. We must respectfully attune with the Green Force as we seek justice for Gaia and Her entire life-web, including but not limited to humans.

Gaia’s irresistible regenerative forces will never be stopped. Our ultimate destiny is to go with Gaia, not against Her; to deferentially, delicately place ourselves within Her vast, vibrant field; to swim courageously in Her endless, generous flow. Gaia is the greatest force. We need Her. And She needs us.

I am a sacramental ceremonialist on behalf of Gaia

I grew up roaming the mountains and mesas of northern New Mexico. Out there I came to know that the earth and its creatures and places are not only alive, intelligent and beautiful, but are an essential part of who I am. I also learned firsthand about the spiritual beings of the Sacred Land, and felt their promptings and protective presence for years before I even knew a language to describe it.

I was intrigued and excited by the Gaia Hypothesis—which proposes that the entire planet is a dynamic, self-regulating being—when it was first explicated 50 years ago. I found this idea both radical and obvious. I’ve always known that there is a living, interconnected presence in Nature, a vibrant physical and spiritual wholeness, grounded in both change and continuity, ever seeking harmony and balance.

After a lifetime of earth-centered explorations, I’ve come to focus my entire spiritual life around Gaia Herself—the vast, vital, planetary being who generated me and the lands, plants and creatures I love. My calling is to do whatever I can to strengthen Gaia’s regenerative, transformative powers, on behalf of all future generations of human and non-human beings.